John Gorée former Ambient Support Regional Manager for Lincolnshire and the Midlands, was formally presented with the British Empire Medal (BEM) by Her Majesty’s Lord-Lieutenant of Lincolnshire this week in recognition of his services to the disabled in the region.

The special ceremony was held at the Guildhall in Grantham where official speeches and medal presentation were followed by relaxed refreshments and was attended by close family, friends and colleagues from national charity, Ambient Support. 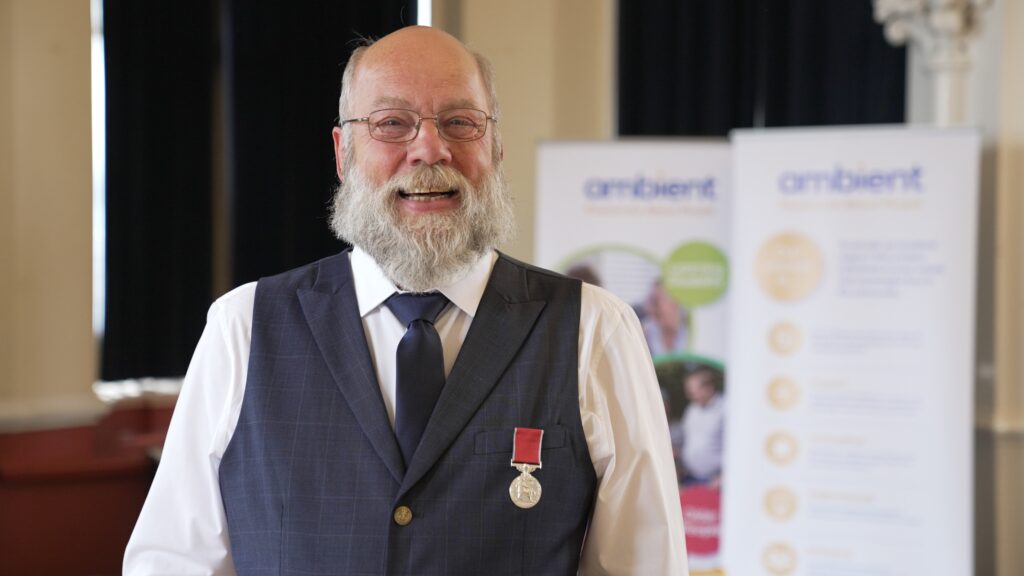 Image: John Gorée is presented with his British Empire Medal by the Lord-Lieutenant ©Andrew Deptford

Her Majesty’s Lord-Lieutenant of Lincolnshire, Toby Dennis, says: “There is definitely something about Grantham, over the last few months I have been privileged to meet people from very different walks of life who have received national honours and John is continuing that wonderful spirit of community activity with the work he has done over the last four decades for his service in social care. I am delighted that, on behalf of Her Majesty The Queen, I am able to present John with the Medal of the Order of the British Empire.” 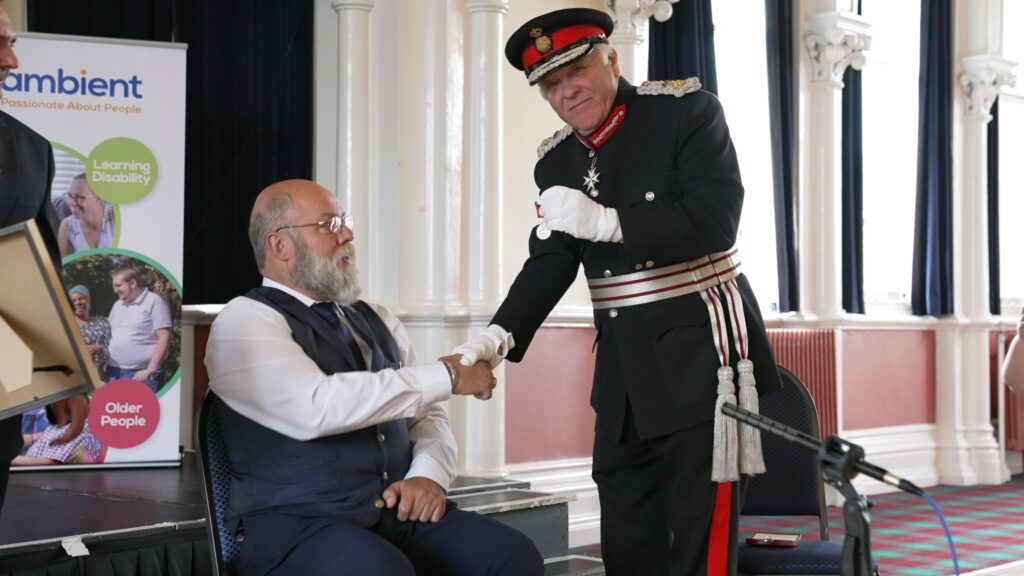 Image: John Gorée is presented with his British Empire Medal by the Lord-Lieutenant ©Andrew Deptford

John started his career in 1982 as a care assistant then trained as a Learning Disability nurse in the NHS in 1985 before moving into social care where he joined Ambient Support 21 years ago. Prior to his retirement in May last year, John oversaw a team looking after 269 service users as Regional Manager for the Lincolnshire and The Midlands.

John’s passion was to ensure that a ‘person-centered’ approach was at the very heart of decision making at every level of the charity and he introduced news ways of thinking and devised many schemes and projects that realised this type of care.

CEO of Ambient, Mark Milton, says:  “It was truly delightful to see so many people gather together to celebrate John’s outstanding career. His services to Ambient alone have been thoroughly commendable- a true trail blazer for change and a fearless advocate for people with disability and a pioneer in ensuring the voices of the people we support, are heard. We are forever grateful for his enthusiasm, dedication and his willingness to believe that everyone can lead a valued and meaningful life. John truly encapsulates what we call, ‘The Ambient Way’.”